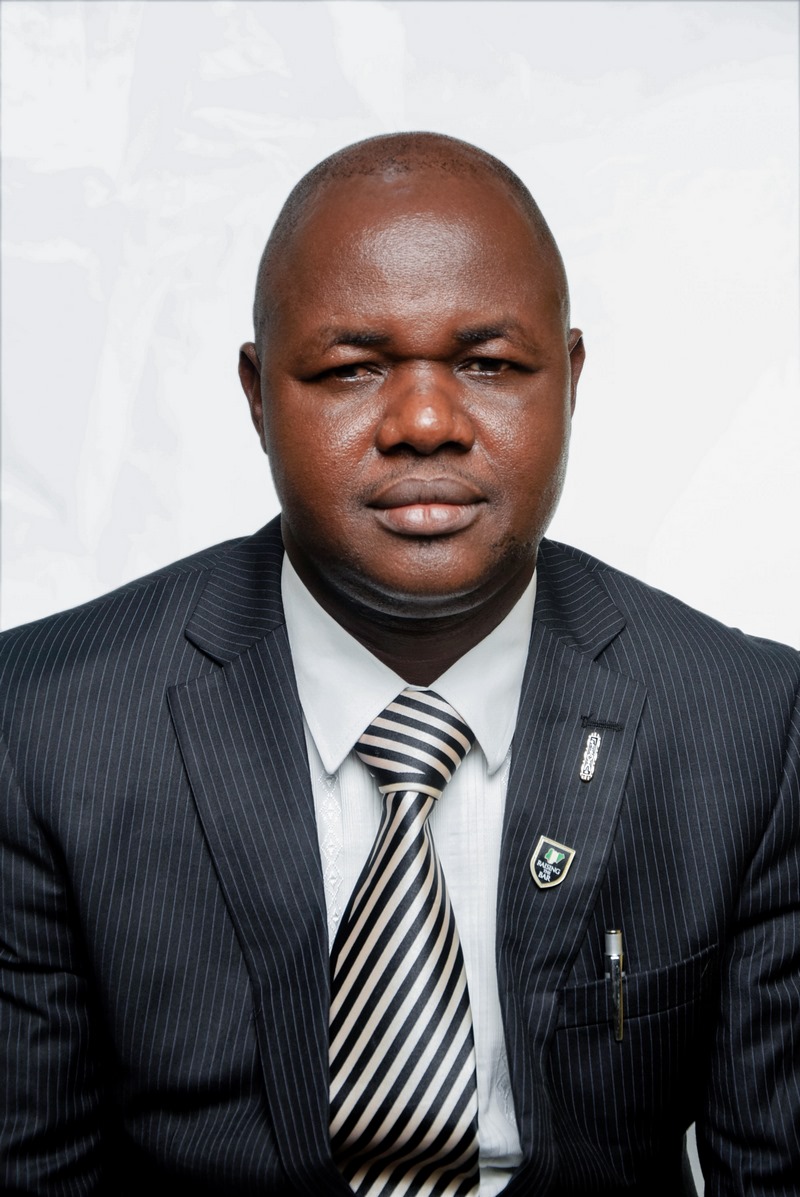 Ajibare is the Director, Public Prosecution. He was born into Adetoye Royal Family of the Agirilala Ruling House of
the revered Ogoga of Ikere-Ekiti Chieftaincy, on 2 nd October, 1969. He started his
elementary education at St. Luke’s Anglican Primary School, Ikere-Ekiti, Ekiti State in
1976. He had his Secondary School Education at Ajolagun High School, Ikere-Ekiti
between 1982 and 1987 and passed the West African School Certificate (WASC)
(O’level with A,B and Cs).

He proceeded to (the then Ondo State University) now Ekiti
State University, Ado-Ekiti between 1992 and 1997 where he bagged a first degree in
law with Honours. Prince Ajibare was called to the Nigerian Bar in 1999 after found
qualified both in learning and character by the Council of Legal Education. He holds a
Master’s Degree in Law with (Ph.D grade) from the prestigious Obafemi Awolowo
University, Ile-Ife, Osun State, 2006.

During his service as a Youth Corps members, in year 2000, at the now defunct
Universal Trust Bank, Ajose Adeogun, Victoria Island, Lagos, he was posted to the
Obalende branch of the Bank. He served in the Operations Department where probity
and transparency were the watchwords. Aside this, during this service year, he was
grouped into Legal Aid Community Development Group for his Community Development
Service. His close study and observance of the rudiments of law practice during his
University days, at Olufemi Akeju &amp; Co (a firm of Legal Practitioners at Akure under the
Principal Partner of now Hon. Justice Olufemi Akeju of the Court of Appeal), his brief
stint at Adeyiga Ajayi &amp; Co, a law office at Wema Board Building, Lagos, during his Law
Office attachment coupled with the Court attachment at High Court 7, Igbosere, Lagos,
propelled him to develop interest in visiting Kiri-Kiri Maximum Prisons with other
members of his group on CDS days for interactive sessions with in-mates and thereby
contributing his quota to criminal justice reformation by liaising with Legal Aid to take
bail applications on behalf of in-mates charged with non-capital offences on pro-bono
basis.

Noteworthy, that in appreciation of his outstanding qualities, dedication to duty,
high sense of responsibility and humility, the National Youth Service Corps, Lagos
State, awarded him a Certificate of Commendation at the end of his service year.
Prince Ajibare joined the Ekiti State Civil Service as a Senior Legal Officer in the Ministry
of Justice in 2001, and was posted to the Department of Criminal Prosecutions, where
he cut his legal teeth under Mr. Adeniyi Familoni (Acting DPP) now Director of Public
Prosecutions and won many laurels in criminal prosecutions for the Department. He was
later posted to the Department of Civil Litigation. He was in that Department till 27 th
June, 2008, when he was on secondment to Ekiti State Board of Internal Revenue as a
resident legal Adviser to the Board.

On the 12 th January, 2011, he was recalled on secondment to the Ministry of Justice as
Personal Assistance on Legal Matters to the former Honourable Attorney General and
Commissioner for Justice, Dayo Akinlaja (SAN). His boss, being a legal doyen whose
flair for advocacy is legendary, impacted positively and shaped the law practice of
Prince Ajibare as the period marked a turning point in his legal career, especially in the
field of Civil Litigation.

Prince Ajibare was nominated as a Desk Officer to serve as Chief Freedom of
Information Officer, under the Freedom of Information Law, No 10, 2011. It was this
nomination and the need to understudy the freedom of Information Act in other climes
for implementation in Ekiti State that culminated into his inclusion in the team led by
his former boss, Dayo Akinlaja (SAN) and the current indefatigable Hon. Attorney-
General and Commissioner for Justice, Olawale Fapohunda, Esq. that visited United
Kingdom and the Republic of India in 2011. Interestingly, the first case ever on

Freedom of Information Law involving the State Government was handled by Prince
Ajibare.

He became the Deputy Director, Civil Litigation Department on 14 th March, 2014, the
position he held till 13 th November, 2014, when he was moved to the Department of
Citizens Rights as Deputy Director where he functioned optimally.

Prince Ajibare was later on 1 st September, 2015 re-posted to the Department of Civil
Litigation as a Deputy Director under a seasoned Director, SBJ Bamise, Esq. The
synergy and chemistry between the duo was brought to bear on the workings of the
Department as the handwritings of these two gentlemen in the records of the
Department will ever remain indelible.

On 22 nd December, 2018, the Honourable Attorney-General &amp; Commissioner for Justice,
Olawale Fapounda appointed Prince Ajibare as his Special Assistance on Civil Matters
and on 4 th of January, 2019, he rose through the ranks and was promoted as a Director,
Department of Law Review, Legal Research and Statistics.

Prince Ajibare has rendered plethora of Legal Advice and has equally handled several
Criminal and Civil cases for the State spanning the Magistrate Court, High Court,
Federal High Court, National Industrial Court, Court of Appeal and has appeared in
Supreme Court with the Hon. Attorney General &amp; Commissioner for Justice and Solicitor
General on several occasions.

He has an excellent idea on Computer appreciation and operation. He is an enthusiastic and
hardworking counsel with a determination and passion to seek a “win win” outcome and
make a difference to the lives of people in his community and organization. A good team
player with the ability to work independently and achieve goals and expected excellent
results.

He is a member of Nigerian Bar Association.

His hobbies are: Singing, sports, reading, travelling and meeting people.