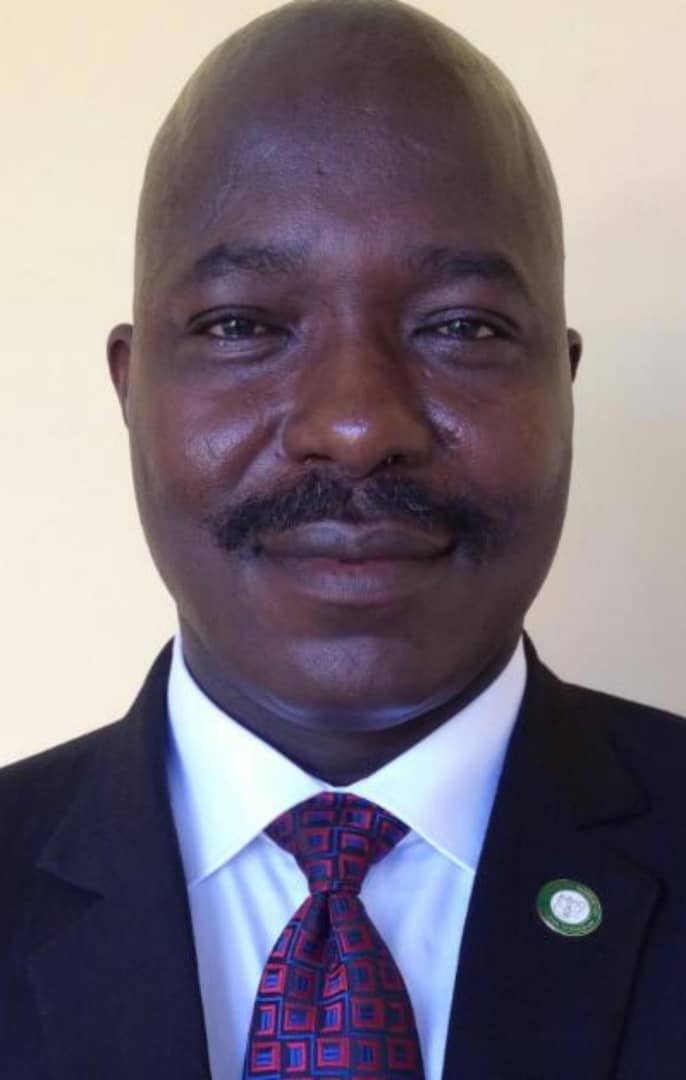 GBEMIGA ADARAMOLA, Esq., the Director, Commercial & Corporate Law Department is a former Director of Public Prosecutions of Ekiti State of Nigeria. He is a member of the pioneering class of the Law faculty of Ondo State University, Ado Ekiti – OSUA (now Ekiti State University, Ado Ekiti) where he obtained his LL.B (Hons) Degree in 1997 and was thereafter called to the Nigerian Bar in 1999. Gbemiga also holds the Master of Laws Degree (LLM) from the University of Ilorin, Nigeria (2016).

PRACTICE EXPERIENCE
He cut his legal teeth in the Law Firm of Raymond Anyanwu & Co. in 1999 and later joined the Ministry of Justice, Ekiti State as a Senior Legal Officer (SLO) in 1999.

He is Proficient in the Appellate Courts’ Brief Writing and Chieftaincy Cases. He has rich knowledge in trade disputes and is vast in virtually all other aspects of Legal Practice.

3. He is a qualified and Certified Mediator and Conciliator and a FELLOW of the Institute of Chattered Mediators & Conciliators (FICMC)

A CONSUMATE BAR MAN
Gbemiga Adaramola, Esq. is a Bar Man to the Core. He held the following Offices in the Nigerian Bar Association (NBA)

8. Member of the Prosecution Team for the Nigerian Bar Association (NBA) at the Legal Practitioners Disciplinary Committee (LPDC) since 2016 till date.

10. A Patron of the Young Lawyers Forum of the Nigerian Bar Association, Ado Ekiti Branch.

OTHER LEADERSHIP OFFICES
State Chairman of the Law Officers Association of Nigeria (LOAN), Ekiti State Chapter between 2012 and 2014;

Presently the 3rd Vice President (in charge of all the South West States) of the Law Officers Association of Nigeria (LOAN) from 2018 till date.

AWARDS AND DISTINCTIONS IN SERVICE
Adjudged the 2nd Best Senior Civil Servant in the Ekiti State Civil Service by the Ekiti Government in 2006.

He was a member of the Committee on the Millennium Development Goals from Ekiti State in 2007 where Ekiti State came first among all the States of the Federation.

He was decorated as an Outstanding Senior Civil Servant in the Ekiti State Civil Service in 2008.

He was a member of the three Man Delegation from Ekiti State to Johannesburg, South Africa for the Proof-Reading of the First Edition of ALL the Laws of Ekiti State before its publication in 2009.

He was the Chairman, of the 1st Justice Week organized by the Ekiti State Ministry of Justice in 2012.

He was the Legal Adviser to the Ekiti State Ministry of Local Government & Chieftaincy Affairs and the Ekiti State Auditor General’s Office between May, 2013 and May, 2016.

He is the Liaison Officer between the Ekiti State Judiciary and the Ministry of Justice, Ekiti State from December, 2018 till date.

He was given a letter of commendation by the Ministry of Justice, Ekiti State in 2016 for his outstanding performances in the Ministry.

He served as a member of the Panel of Inquiry that probed the activities of the Ekiti State Board of Internal Revenue in 2005.

He also served as the Secretary of the Hon. Justice Oyewole Chiftaincy Review Commission in 2018 wherein two (2) Communities were recognized as Towns and their Head-Chiefs were recognized as Obas in Ekiti State among other vital recommendations which were accepted by the State Government and White Paper issued in that respect.

CASES (LITIGATION) HANDLED
He has handled very sensitive and high profile cases (Civil and Criminal) from High Courts (State High Court, Federal High Court, FCT High Court and the National Industrial Court of Nigeria) up to the Court of Appeal and the Supreme Court.

Gbemiga Adaramola, Esq. is a Christian of the Anglican Church (Church of Nigeria). He is a member of the Legal Team of the Diocese of Ekiti Oke (DEO), Anglican Church since 2016 till date.

He is an accomplished Farmer in Maize, Cassava and Banana Plantations.