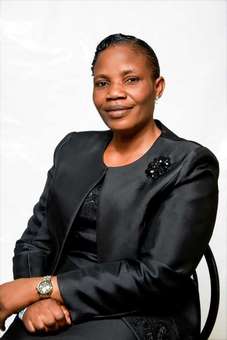 Bolanle Wale-Awe is the Executive Secretary, Office Of Public Defender. She attended St. Lawrence Grammar School, Ilesa and graduated from Obafemi Awolowo University, Ile-ife, Nigeria where she obtained her Bachelor of Law degree in 1991 and was admitted into the Nigerian Law School where she obtained a Barrister at Law (BL) and was enrolled at the Supreme Court of Nigeria to practice as a Solicitor and an Advocate in 1992. She joined the Ekiti State Ministry of Justice in April, 1997 and is there till date.

Mrs. Bolanle Ruth Wale-Awe born on the 25th of January, 1967 is married with Children.