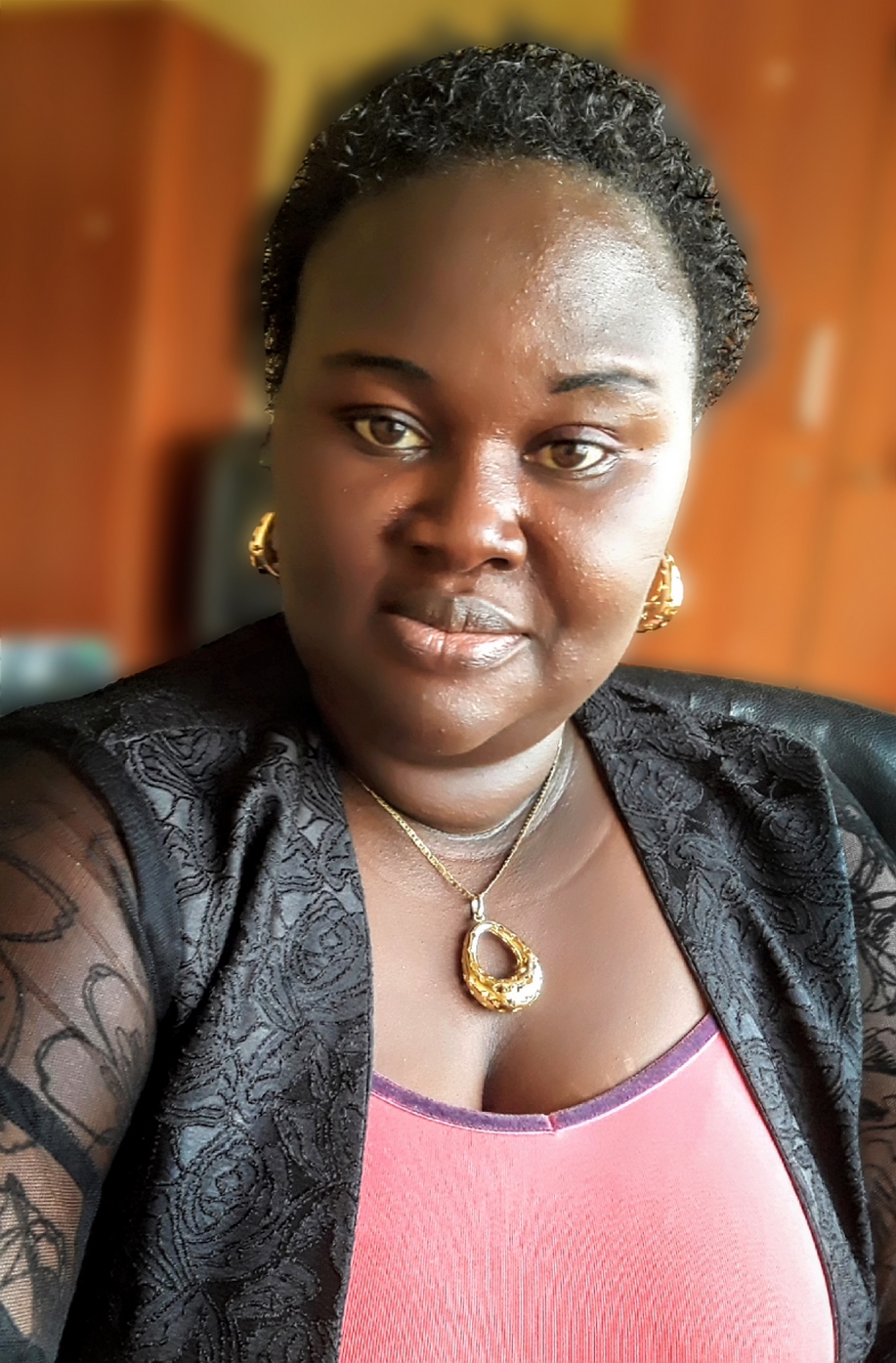 Modupe Nancy Olajiga, is currently the Deputy Director, Department of Criminal
Litigations in the Office of the Public Defender, an arm of the Ekiti State Ministry of Justice,
Ekiti State, Nigeria. Before her recent transfer to her current post, she was a Deputy Director
in the Department of Research and Statistics in the Ministry of Justice, Ekiti State, from
August, 2015 to January 2019. She is also currently the Legal Officer attached to the Office
of the Deputy Governor of Ekiti State as as a Legal Adviser. She has risen through the rank to
the current position.

Modupe was called to the Nigerian Bar in July 2003, She is privileged to be one of
the young Nigerians Legal practitioners who have partaken of the China- African Young
Legal Professional Exchange Course at the Beijing Foreign Studies University, China in
2015.

Furthermore, after a month training at the Centre for the Forum for China-African
Cooperation, Legal Forum, Beijing, China, she has been certified a Consultant to the Centre
for the Forum on China African- Cooperation. (FOCAC)

She has also written and submitted the requisite number of papers and as such been
certified and awarded as a Research fellow of the China- African Research Centre, Beijing,
China.

She is also trained and Certified as a Consultant of China Research Centre for Legal
Diplomacy, Beijing, China.

She also was recently a trainee at the Institute of Advance Legal Studies (NIALS) on
Labour Law and Industrial Relations Dispute Resolutions Course.

She has also been partaker of the recently conducted training in “Introduction to Mediation
Advocacy Skill” at the Lagos State Multi-Door Courthouse. (LMDC) Modupe has attended
numerous career developmental courses, trainings and Conferences that cover diverse aspects
of law and a lot more.

Modupe is a learned gentle lady with diverse side, as a member of the Attorney General’s
Chambers in Ekiti State, she has been actively involved in prosecution of cases in Courts, she
has many such cases which she has diligently prosecuted to her credit

She has also served in the employ of the Ekiti State Local Government Service
Commission between the year 2000 to 2004, where she had attained the position of a
Principal Executive Officer before she withdrew her services.
Modupe has a great penchant for the development and advancement of a law based
society, and she has contributed immensely in this wise through her legal write ups and
contributions to law in written papers and books.
She has paper works which she submitted and delivered at an International
conference on the “Legal Risk and Countermeasures of China-African Investment
and Trade” organized by China- African Business Council at Beijing, China.
 Nigerian Taxation System and Preferential Tax Policy for Foreign Funded
Enterprises.
 Nigerians Legal System of Foreign Investment.

She has also contributed to legal theorizing in many other Legal thesis and papers.
As a highly motivated individual who is extremely interested in contributing to
knowledge, she enjoys reading, researching, legal reforms and development, in this
vein, she is the author of the book, “RELATIONAL INTERESTS; Protecting The
Intangible Tort”. Published in 2017 by Green line Publishers.

The unique text, “RELATIONAL INTERESTS; Protecting The Intangible Tort” is
significant in many respect, prime of which is its precise approach at protection of
the often overlooked incorporate interests in defined and undefined relationships.
While Relational Interests are “interests in relations with other persons”. Lawyers are
familiar with such expressions as “good will”, the right to the free use of one’s hand,
“property and ownership of trade mark”.

miscarriage beyond awkwardness, but which impairs discernment and as such if
subjected to legal determination is deserving of the protection of the Court. While
opining that the needed flexibility can be achieved only through an unpretentious
acknowledgement of a third class of rights, that is, ‘right in human relationships’,
which is the critical thrust of the text.

Thus the need to treat consequential and relational losses similarly, at least as a
general rule is propagated as worthwhile in the treatise.

She is a member of many professional bodies, including the Nigerian Bar Association,
Federation of International Women Lawyers and the China-African Business Council
International, Beijing China.

Modupe Nancy Olajiga lovingly refers to herself as a ‘flower girl’ because of her
profound attitude of blooming in all weathers of life. She is a widow blessed beyond
measures with three wonderful children, one of them adopted.