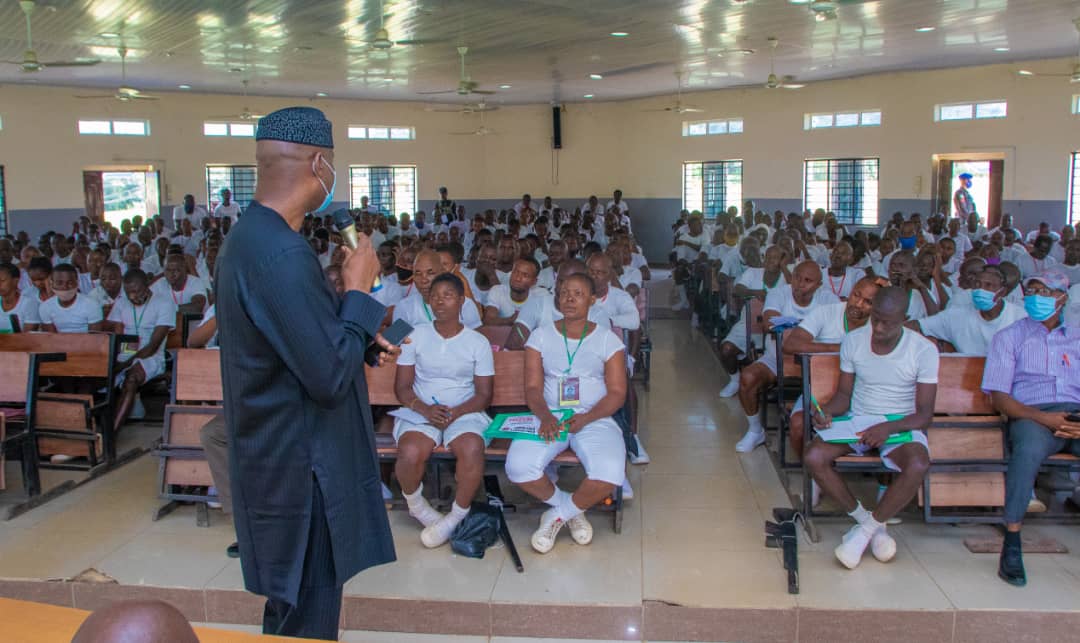 Fapohunda who gave this advice during a fact finding visit to the Ifaki- Ekiti training camp of the Ekiti State Amotekun Corps on Monday, said the image of the corps will determine its relevance to the security situation in the State. He said a corrupt and high-handed Amotekun Corps is not likely to inspire citizens confidence. ” Bribery in whatever form will not be tolerated, similarly, citizens abuse under whatever guise will not be accepted. Amotekun is a security service not a force. You are established to serve the people of Ekiti State,” he said.

The Attorney-General further told the Corps members that the law establishing the Ekiti State Security Network Agency has unambiguous provisions on misconduct. Corp members who conduct themselves in a manner unworthy of the values of Amotekun will be dismissed without hesitation. According to the Attorney-General “the primary organisational goal of Amotekun Corps is to work cooperatively with individual citizens, groups of citizens, and both public and private organizations and other formal and informal security agencies to identify and respond to security matters which potentially affect the livability of communities in Ekiti State” Fapohunda who also visited the physical training sites in the camp expressed satisfaction at the available facilities.