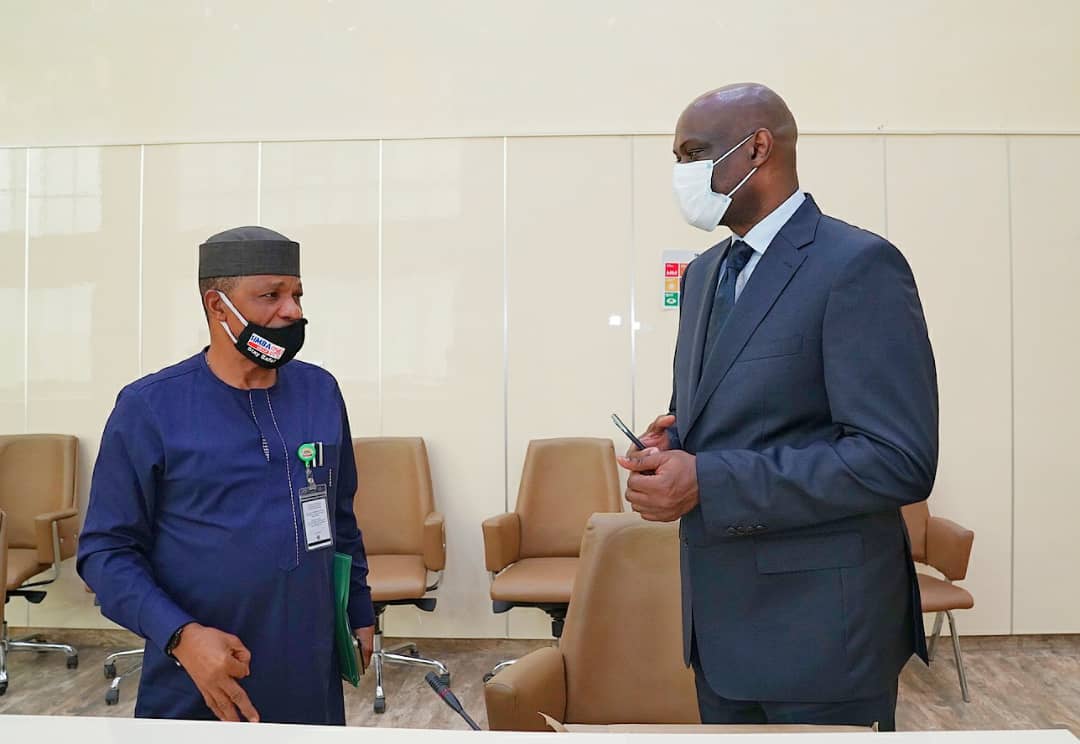 Ekiti State’s Attorney General and commissioner for Justice, Olawale Fapohunda, today briefed the State Security Council on practical steps taken by the State Government in response to concerns about increasing cases Gender Based Violence ( GBV) including Rape and other sex offences in the State.

Fapohunda made the presentation at the third meeting of the State Security Council which was held at Governor’s office, Ado Ekiti.

In his briefing, Fapohunda identified five key intervention areas which are, Political Will; Legal and Policy Framework; Access to Justice; Prevention and Care of GBV Survivors and Special Interventions, including the economic empowerment of women and girl-child education.

The Attorney-General said the briefing was necessary to enable security agencies in the state have a shared understanding of these matters as well as their specific roles.

READ FULL NOTE OF BRIEFING BELOW:

The Government of Ekiti State’s response to Gender Based Violence (GBV) is based on five key intervention areas:

a) At the inception of the Fayemi Administration, the government adopted a zero tolerance policy for all forms of violence against women and children. This is the official policy of the State Government.

b) The Governor of Ekiti State, Dr. John Kayode Fayemi leads by example by enabling clear and appropriate messaging in a manner that ensures that the State Executive Council, Government Ministries, Departments, Agencies and citizens have no doubt about the Government’s commitment to the eradication of all forms of GBV.

c) Mr. Governor is supported on this issue by all political appointees and elected officials, including members of parliament and local government chairpersons. The Ekiti State Public Service Rules is currently being reviewed to include provisions on Sexual Harassment in the workplace.

d) The Government inaugurated a high level, multi-sectoral GBV Management Committee to oversee the implementation of the GBV Law and related matters. This committee is the implementation mechanism for the GBV Law in Ekiti State. It is made up of statutory agencies as well as civil society representatives. The Wife of the Governor, Erelu Bisi Fayemi, a renowned Women’s Rights Advocate, Chairs this Committee. The Committee has oversight of all aspects of the implementation of the GBV Law, including access to justice for GBV victims, treatment and care, education and sensitisation and community engagement for prevention.

a) Ekiti State has the most robust legal and policy frameworks in Nigeria for the promotion of Gender Equality and Women’s Notable laws include: Female Genital Mutilation Law (2002), Widowhood Practices Law (2002) Child Rights Law (2003) Gender and Equal Opportunities Law (2013), Gender-Based Violence (Prohibition) Law 2019 (revising the 2011 GBV Law) and the Sexual Violence Against Children (Compulsory Treatment and Care) Law (2020). Ekiti State was the first State to domesticate the National Gender Policy in 2011.

b) Government has reformed existing laws and where necessary enacted new ones in response to evolving concerns on GBV. For example, because of concerns about increasing cases of sexual violence against minors, Government enacted the Compulsory Treatment of Child Victims of Sexual Violence Law, 2020. This law makes it compulsory for medical facilities in the state to give immediate treatment to Child Victims of sexual violence. There is also an obligation imposed on the police to investigate such cases speedily and in strict adherence to the best interests of the child.

c) Government has harmonised existing GBV Laws for clarity and to ensure effective prosecution of offenders. Specifically, key provisions in the Violence Against Persons (Prohibition) Law is included in the Ekiti State Gender Based Violence (Prohibition) Law, 2019.

d) Government is now reviewing the Criminal Code Law, Ekiti State including the provisions on sexual violence with a view to strengthening existing punitive provisions.

e) Ekiti State is the first State in Nigeria to establish a register of sex offenders. The primary purpose of the register is to ensure that the information on convicted sex offenders in the custody of the Director Public Prosecutions is fully up to date.

g) It is Government policy that convicted sex offenders will be ineligible for the State government’s ‘Convicts early release from Correctional Center programme’ as they will not benefit from Mr. Governor’s powers of prerogative of mercy.

h) Government has published and is implementing a Victims Charter- A Statement of Service Standards for Victims of Crime in Ekiti State. There has been a focus on victims of sexual violence to ensure that they do not suffer from double victimisation especially in the course of going through our judicial process.

b) Government is continuously strengthening the Ministries of Justice and that of Women Affairs to provide effective prosecution and monitoring matters of GBV. Both Ministries have a clear mandate to identify and respond to cultural, legal and institutional failures that allow GBV to happen and go unpunished.

c) Government recognises the important role of security agencies in achieving effective investigation and prosecution of GBV matters. Specifically, government has provided the Ekiti State Police Command with the necessary material support to facilitate the process of prosecuting GBV.

4. Protection and Care of GBV Survivors

a) Government has established a Sexual Assault Referral Center – Moremi Clinic, to serve as a one stop medical facility for victims of sexual violence. This facility is located within the Ekiti State Teaching Hospital. Efforts are underway to ensure that additional SARCS are available in other senatorial districts, so that services are not limited to the State capital alone.

b) Government has provided support to the State Shelter for victims of GBV. Government is currently working on a permanent site in response to the evolving needs of victims, this will be in place by October 2020. Efforts are being made to establish additional shelters across the local government areas.

c) The Ekiti GBV Law has provision for a Survivors Fund, which is used to support survivors of GBV as they rebuild their lives. So far this fund has supported at least 160 women.

d) The Government takes a dim view to the rampant cases of sabotage of sexual violence cases, mostly caused by people close to the victims. Efforts are made to ensure that victims feel safe and protected, and families are discouraged from interfering with law enforcement processes. To achieve this in concrete terms the Honourable Attorney- General & Commissioner for Justice issued a legal notice advising citizens of the punitive sanctions against persons hindering prosecution of sexual offences

b) Government will continue to promote policies and interventions that keep the girl child in school. Government institutions are constantly monitoring the numbers to make sure that at the end of every school year the numbers of girl child school dropouts are limited.