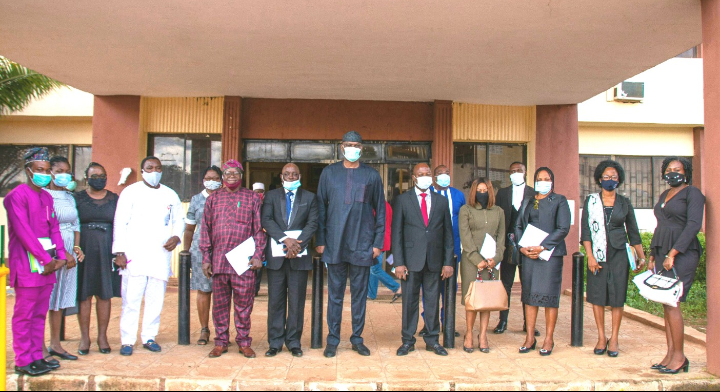 In furtherance of the determination of Dr. John Kayode Fayemi-led administration in Ekiti State to immediately commence the assessment of current measures in place to protect and promote human rights in the state, the Honourable Attorney General of Ekiti State, Olawale Fapohunda has inaugurated the Advisory and Technical Committees for the development of the State Action Plan for the Promotion and Protection of Human Rights (SAPHR).

The essence of the action plan is to audit the human rights situation in Ekiti State, identifying areas in need of improvement while at the same time commiting the State Government to concrete measures that can be adopted to build and entrench on culture of human rights for the enjoyment of all. The SAPHR specifically presents an opportunity for identifying and agreeing on areas of cooperation between government departments, the private sector, civil society in general and other roles players, so that there can be improvement in the protection and promotion of human rights in the state.

While inaugurating the committees, the Attorney General thanked the appointees on behalf of Ekiti State Government for accepting to render their services to the state. He stressed that there is urgent need for the State Action Plan on Human Rights. The Attorney General informed committees members that Ekiti State is the first state to inaugurate committees on human rights action plan. He urged committees members to work assiduously in order to achieving the state government goals.

The committees members are: