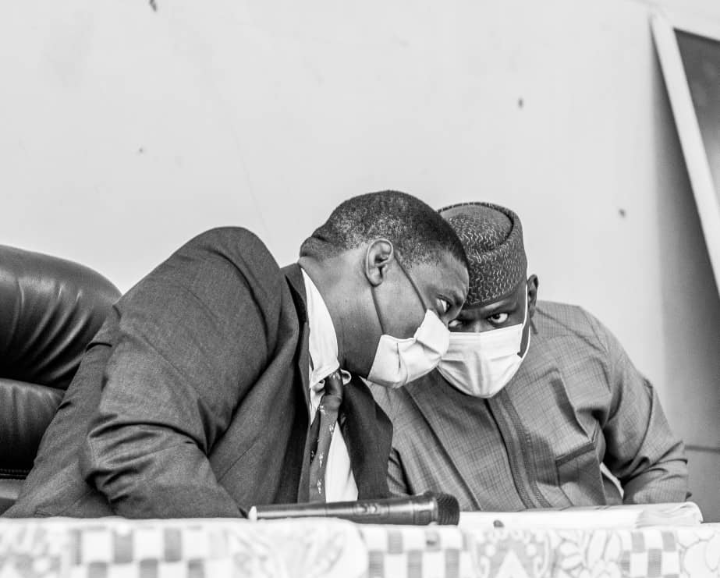 • Call on communities to keep the peace.

4. Fapohunda said that although the Government of Ekiti State has made a detailed submission to the National Boundary Commission (NBC) in support of its position, the NBC has been unable to conclude its assignment on the boundary areas. Specifically, the ethnographic studies for the sectors of the boundaries are yet to be completed as well as the issue of the tripartite point of Osun, Ondo and Ekiti States that was yet to be decided by the NBC.

5. The Ekiti State Attorney-General said that the immediate need is to appeal to all communities and interested persons to maintain the peace while efforts are ongoing to either seek a judicial resolution of the disputes or an amicable intervention by our governments.

6. In his response, Olufemi Akande; the Honourable Attorney-General and Commissioner for Justice, State of Osun said that the position of the State of Osun is not different from what has been submitted to the National Boundary Commission (NBC). He asserted that there exists a package of archival evidence, including government gazettes and judgments of the superior courts in Nigeria to the effect that the mass of land in dispute bordering the boundary areas along with Okemesi/Ila-Orangun/Ede, Efon-Alaaye and Ido-Aiyegunle and Ikeji-Ile-Ijesa belongs to the State of Osun. Akande said that Osun State maintains the tripartite point of the co-ordinate given to the three States of Osun, Ondo, and Ekiti as determined by the Office of the Surveyor-General of the Federation. He however urged the contending and warring parties in the two States to maintain peace and sheath their swords pending when the NBC would have been able to physically demarcate the boundary lines.

7. In a joint statement endorsed by the Attorneys-General on behalf of Ekiti State and the State of Osun, both States agreed among others to give priority attention to the peaceful and speedy resolution of the boundary disputes between the two States. They also agreed that both States shall urgently invite the National Boundary Commission to conclude outstanding assignments on the boundary corridor of the two States while urging the affected communities to maintain the status quo until the National Boundary Commission determines the boundaries and are appropriately demarcated.