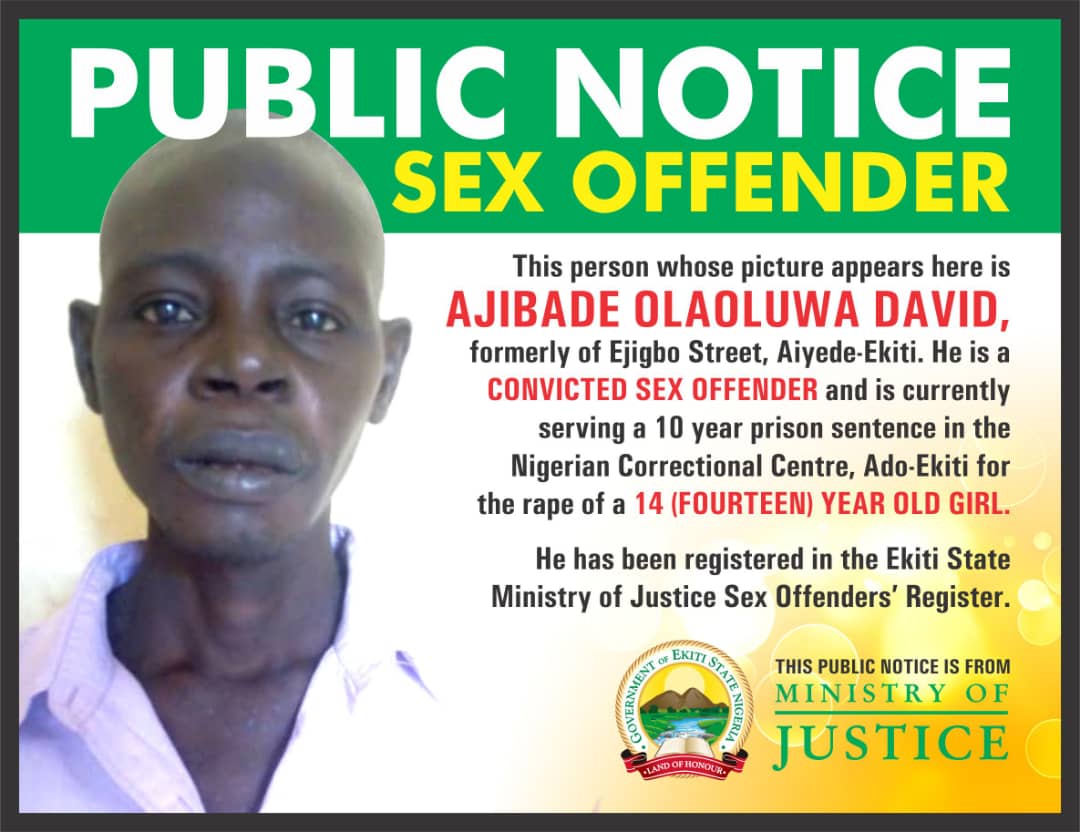 Ekiti State Ministry of Justice today, Tuesday, December 17th, published the details of another sex offender, Ajibade Olaoluwa David who was recently convicted by the High Court of Ekiti State for the rape of a 14 year old girl (name withheld).

According to a Statement from the Justice Ministry, the State’s Attorney General and Commissioner for Justice, Olawale Fapohunda said the publication was in furtherance of the Government’s Zero Tolerance for all forms of violence against women and girls.

He further added that an important component of this policy is the publication of the identity of sex offenders including registration in the States sex offenders register. The Ministry also said that it would take additional steps including pasting posters of sex offenders in prominent places in their communities as well as the website of State Government.

This is the second time Ekiti State will be publicly publishing names of convicted sex offenders in the State. It will be recalled that on the 16th of August this year, the state commenced the naming and shaming of sex offenders with a public notice on the status of one Reverend Asateru Gabriel, a former Anglican priest who was convicted for the Sexual Abuse of a seven year old girl.