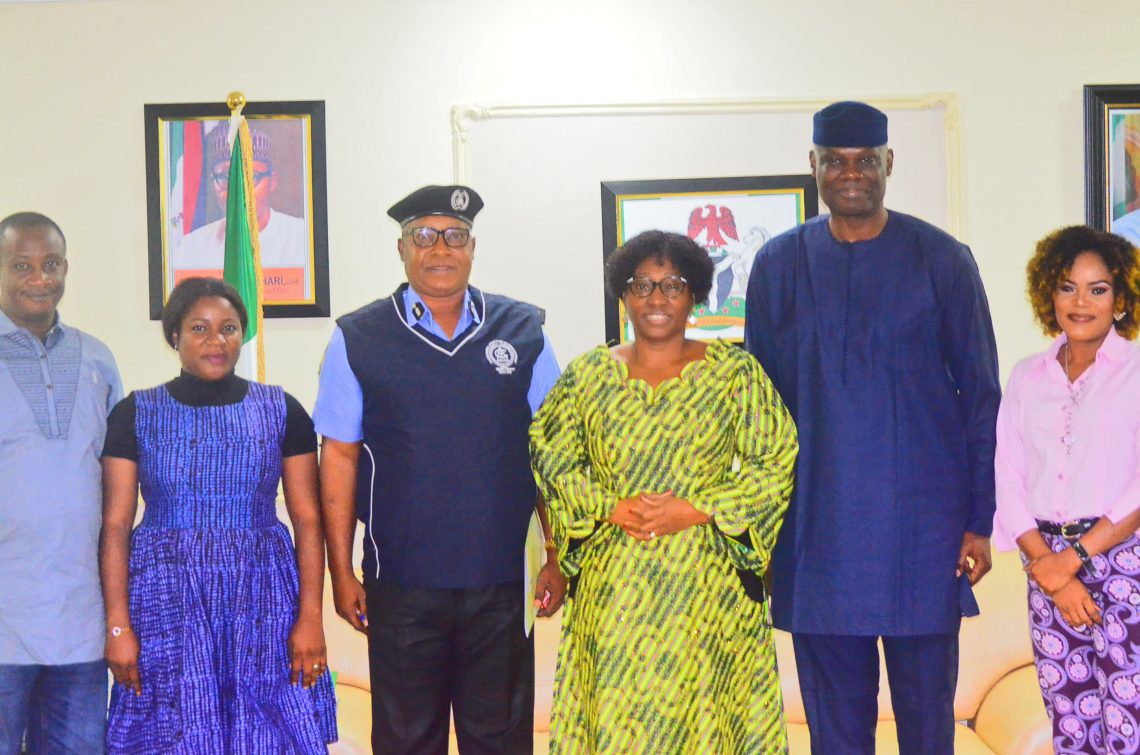 The Wife of Ekiti State Governor, Erelu Bisi Fayemi has met with the Attorney-General and Commissioner For Justice, Olawale Fapohunda and the Commissioner of Police, Amba Asuquo to seek more synergy to tackle cases of violence against Women and Children in the State.

The Meeting Which took place today, Tuesday July 16th, 2019 at the Government house in Ado-Ekiti was a brief but crucial one to look closely at the steps taken so far by the Police in cooperation with the Ministry of Justice and the Office of the Governor’s Wife on the prosecution of Offenders of domestic and sexual violence in the State.

The Wife of the Governor, who is also the Chairperson of the Domestic and Gender Based Violence Management Committee recently inaugurated by the Governor expressed her worries over the increasing rate of violence against women and children and asked for speedy prosecution of related cases.

She also frowned at issues of Rape and Beg and emphasized that the State Government has zero tolerance for Sexual and Gender Based Violence.

The Commissioner of Police in his reaction, informed the gathering of the steps taken by the Police so far in investigating recent cases reported on violence against women and children and appreciated the Attorney-General for the cooperation his office had gotten from the Ministry of Justice. He however assured the Wife of the Governor of maximum support from the Police in tackling this menace.