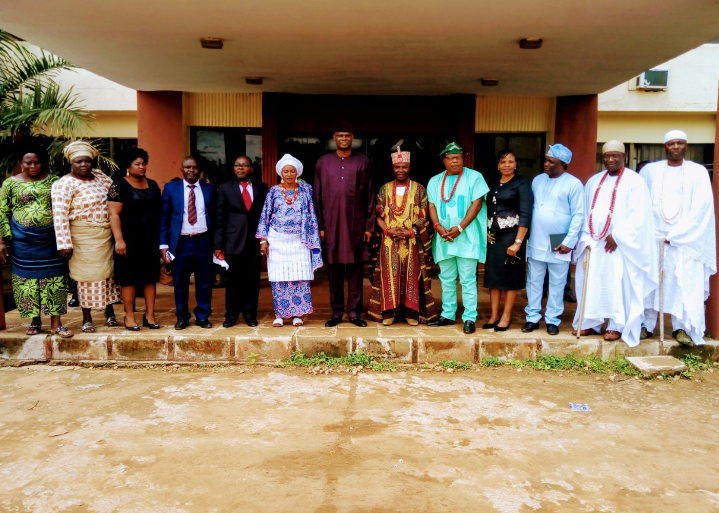 Ekiti State Attorney General and Commissioner for Justice, Olawale Fapohunda yesterday inaugurated the Governing Council of the Office of the Public Defender (OPD), with the Onigogo of Igogo-Ekiti, Oba Sunday Adewunmi as Chairman.

The Attorney General while appreciating members of the council for accepting to serve in the Council stated that they are to advice and give support to the Office of the Public Defender on ways of strengthening the office. He noted that the main mandate of the office is to ensure access to justice for the poor and vulnerable persons.

According to Fapohunda, the Governor specifically appointed members of the council because of their appreciation of the need to bring justice closer to the people, specifically those living in rural communities across the state.
According to him,

“We want the OPD to be accessible across the 16 Local Government Councils in the state and not just in the capital city of Ado-Ekiti alone.”

Fapohunda assured members of the council of the Governors commitment to the strengthening of the OPD.

Bola Wale-Awe, the executive Secretary of the Office of Public Defender also thanked the Attorney General for his unrelenting effort in ensuring that the Council was constituted and the Solicitor General and Permanent Secretary of the Ministry, Lawrence Ojo for his support in the process of constituting the Council.