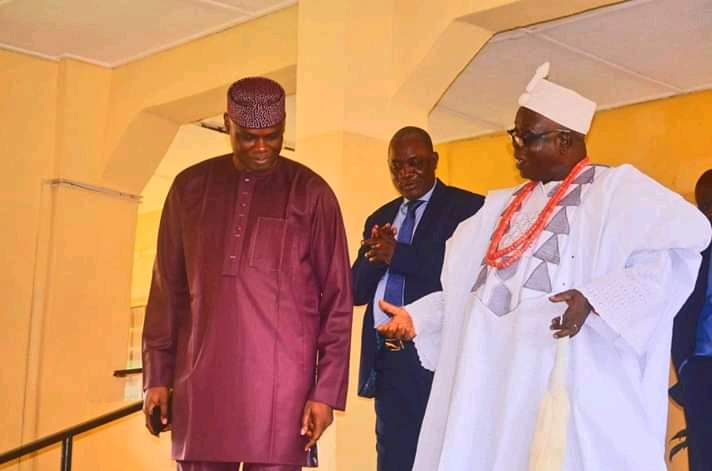 Also in attendance at the meeting was a delegation from the National Agency for the Prohibition of Trafficking in Persons (NAPTIP) led by the Zonal Commander of the Oshogbo office of the Agency, Mrs. Kehinde Akomolafe.

The crux of the meeting was to address and discuss the roles of the various agencies represented on the taskforce, strategize on the steps to be taken in tackling human trafficking and lay down adequate measures that will ensure the enforcement of NAPTIP’s policies within Ekiti State.

The NAPTIP Boss stressed partnership as being a veritable tool for curbing the menace of human trafficking and related offences. The Members of the taskforce were also notified of the upcoming United Nations Anti-Human Trafficking day which is scheduled to hold on the 30th of July, 2019. Members of the taskforce however pledged their support to the Agency’s cause and promised to increase efforts in combating the menace.

Suggestions were also made by members of the taskforce as they charged NAPTIP to ensure the establishment of a data bank for victims and offenders in order to reveal accurate statistics for the effectiveness of the taskforce.

Members of the Taskforce also present at the meeting include: HRM O. Ademolaju, the Oloye of Oye Kingdom, Moji Fafure, Commissioner for Women Affairs, I. B. Dibia, Controller of Nigerian Immigration in Ekiti, Bolanle Wale-Awe, Executive Secretary, Office of the Public Defender, Commissioner of Police, Amba Asuquo.