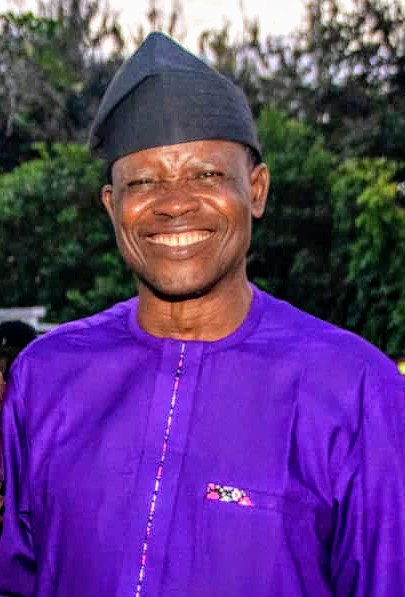 Ekiti State Attorney-General & Commissioner for Justice, Olawale Fapohunda today announced the appointment of Mr Remi Obaparusi to the Governing Board of the Ministry of Justice Academy. Obaparusi who is currently the Permanent Secretary, Ekiti State Civil Service Commission, will be retiring from the Public Service of Ekiti State today after attaining the statutory age of retirement.

According to a statement issued by the Special Assistant to the Attorney General on Public Education, Media and Communications, Olalekan Suleman, “The Honourable Attorney-General is indeed delighted that Mr. Remi Obaparusi is able to join the Board of our Academy. He joins us with a sterling resume that includes vast experience in rules and practices of the public service of Ekiti State.

“Mr. Obaparusi will among others, facilitate induction courses for our new legal officers, while also organising refresher programs for all those who work in the Ministry. We will in particular benefit from his experience in preparing our staff for Public Service Promotional Examinations.”

Mr. Joseph Aderemi Obaparusi was born on September 11, 1960, at Iyin-Ekiti. He attended University of Ilorin, for his Bachelor of Science Degree in Sociology in 1986 and had a Master’s Degree in Industrial and Labour Relations from University of Ado-Ekiti in 2008.

He started his career in the Old Ondo State Civil Service on January 30, 1989, as Principal Personnel Assistant IV GL.08 and he transferred to the Personnel/ Finance Officer Cadre on November 1, 1994. He attended the famous Royal Institute of Public Administration (RIPA) London in 2002.

The Ministry of Justice Academy (MOJ Academy) is first of its kind in Nigeria. It was established in 2018 following a directive by Governor Kayode Fayemi on the need for the Ministry of Justice to enable a program for the professional development of all those who work in the Ministry. This Academy has strived to achieve this mandate through research, education, and training.